There are all kinds of vocations or skills which – according to common belief – are naturally occurring. Prodigiously talented infant musicians like Mozart or Bireli Lagrene, mathematicians such as Ramanujan, or golfers like Tiger Woods come along once in a while, and would seem to provide strong evidence for the occasional presence of deep-seated natural aptitude. But the very language we use to describe the phenomenon – prodigious, wunderkind, genius, freak – hints at its rarity. For most people, a professional career is the product of a measure of natural inclination and ability, a developing interest in the subject area, and plenty of time devoted to learning – much of it in adulthood.

We’ve heard about “born salesmen” and “born negotiators” (either the market trader straight out of central casting or the hotshot lawyer with cold, dark eyes and poker face). But they are, for the most part, a myth. Motivation to do these things well and detailed training in the best methods, are the simple keys to success.

Our research into successful sales behaviour is widely known, and its results (notably SPIN® Selling) have been responsible for the successful sales careers of probably millions of people in the past 40 years. A similar exercise, to understand, codify and develop models for successful negotiation techniques has done much the same: exploded myths and expanded careers.

In the course of that research, some interesting findings helped us to reshape the way people thought about negotiation techniques. It may be counter-intuitive to let the other party have more of the air-time in a negotiation, and to use most of one’s own to ask lots of questions, rather than to make successive proposals and counter-proposals. It might have been surprising to discover that successful negotiators are not afraid to make clear and honest statements of their own current feelings in the course of the conversation. Perhaps experienced negotiators were surprised to learn that labelling an offer as “fair” or “reasonable” did not correlate with successful outcomes. But those were some of the findings, and organisations have been prospering for decades because they learnt from them. We called, and still call, this whole area of research, based on observing the way people interact to reach a sale or a negotiated agreement, Verbal Behaviour Analysis.

What’s different about negotiation techniques in a digital age?

So, we have one of the key pre-requisites, the best methods, at our disposal. But it was one thing knowing all that, and – in a wholly analogue world of training centres, acetate projectors and plenty of downtime – using a traditional training environment to teach it to people. It is quite another, in a world of global L&D strategies, virtual classrooms, e-Learning, MOOCs, just-in-time delivery and smart apps, to sustain a learning design that fits the requirement of the digital age. Back in the 1980s you could spend five solid days with delegates going through the research, having repeated rounds of iterative roleplays and feedback, and profiling each negotiator’s every move. Today that’s a luxury that clients want only occasionally; and only for their most senior, serious set-piece negotiators.

For everyone else, people who may spend much of their professional lives in all kinds of less formal negotiation settings, it’s a different story.

And as I write, we are midway through an international survey looking at how people respond in certain negotiation situations, what kinds of negotiations they typically do, and how they feel about doing them. In fact, I invite you to join the 400 people who have already participated take part in the survey.

The results of the research are not yet in, and by publicising what we have seen already we would run the risk of poisoning the sample. I and my colleague Dr Janet Curran will reveal more of the findings in a talk we’re giving at WOLCE at the NEC Birmingham in September. But what we can say now is that more people are recognising these less formal, more everyday negotiations as a core part of their professional lives. In fact, 39% of people who negotiate never or almost never get involved in large, complex negotiations in which there are many issues to be resolved. Indeed, 58% say that all or nearly all of their commercial negotiations are short conversations that comprise five or fewer issues. And 61% say that all or nearly all of their negotiations are actually on non-commercial matters with colleagues, suppliers or customers.

When time is of the essence

How does the training organisation respond to this less complex requirement? Any training worth the investment should be given the right amount of time to bring about the behaviour change. So no client should ever ask: “Since I can only spare my people for two days, can you produce the same behaviour change in that time as you can in four?”. The answer is no.

But there are other ways to achieve the appropriate outcome in the appropriate time. People (and they would seem to be the majority according to the research) who face different kinds of negotiations – smaller, shorter, more frequent – can receive part of the learning with less face-to-face attention. Well thought-through eLearning can deliver – and check understanding of – the key principles before the event. And once they get into the training room, a bigger behaviour analyst-to-delegate ratio is perfectly workable if the planning and choreography are done carefully. Combined, this approach means less total off-the-job time, with no loss of change in the required behaviours.

What about the next development? I spoke at WOLCE in 2008, just as we were designing and trialling our first virtual training events. In the years since, virtual has come to be a significant part of the corporate training world, but not in the ways we expected. We have found the fully virtual environment (using tools such as Adobe Connect) is better for pre-training of geographically spread executive level teams; for recapping and refreshing a training cohort in a particular detailed topic in an hour or two; or for briefing an internationally dispersed training faculty in preparation for a client intervention. Those who want totally to desert the hotel conference suite or the rural training centre for the entirety of a full-length behavioural programme, and put the whole thing into a virtual environment, are still the minority. But there is still scope for behaviour change through the virtual world.

In our case at least, the research is entirely about verbal interaction (and in no way based on visual or bodily cues), so an audio-based virtual classroom, where no video channel is necessary to gum up the bandwidth, is perfectly feasible: a particularly important consideration if the remote client is attending from certain parts of the world with slower connection speeds, like West Africa, the Indian subcontinent, or Essex. And the provision of mobile device refreshment and testing, where we record verbal behavioural change, or responses to hypothetical sales and negotiation scenarios, is becoming increasingly desirable. Sometimes those will be native apps on the smartphone; sometimes they will be hosted on a remote server.

Finally, MOOCs. There has been much hype, but I was speaking to a university professor from the US recently who thought they sadly fail to achieve their goal in the purely academic environment – because the one-to-many relationship and the cacophony of interaction afterwards militate against a learning experience of any subtlety. Changing people’s negotiation techniques is also an exercise requiring just such subtlety and individuality of response. So, in their present form, I think MOOCs are probably a step too far away from the traditional training room for this particular skill set. But there are plenty of other options in our hands today, and doubtless on the horizon, any one of which can bring the skills of better everyday negotiations into people’s everyday lives. 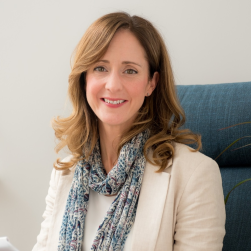