A lack of confrontation, or willingness to challenge ones colleagues, can be the lead weight that holds teams back and prevents them from performing at their true potential. It can also be the cause of much frustration, resentment and an underlying lack of trust within a team.

Consider the analogy of an iceberg.  Above water is everything that is said, seen and done within the team.  From a distance it looks clean and beautiful.

Get a little closer, look beneath the surface and you’ll see where the real problems can lie.  You’ll see the things that have the potential to sink your ship and damage your team in the process.

Beneath the surface lie things like hidden agendas, history and baggage, politics and power plays along with different feelings, emotions, relationships and stress levels.

Suppressing and containing these things can only be done for so long, after which they tend to reach the surface in spectacularly explosive ways.  The problem is not so much that they have come to light in this manner; it is the fact that they came to the surface so violently and out of the blue. The result of these heated exchanges is often teams tackling the symptoms of the issue instead of the root cause.

Much like a ship’s radar is able to detect icebergs, a skilled leader can spot the signals of these ‘below the line’ issues.  It’s the whispered conversations, the un-comfortable look on team members faces when you pass them at the water cooler and the rolled eyeballs or looks exchanged between two colleagues during a meeting.  These are the discreet, tell tale signs that an effective leader pays attention to.

So how do you skillfully encourage positive confrontation within your team?

Encourage your team members to actively look for areas of disagreement and raise them at meetings.  Facilitate meetings where disagreements are identified  and then force the team to work through the challenges.

When conflict begins make a point of interrupting and reassuring your team that it is a positive thing.  It is only by challenging ideas and confronting problems that teams are able to truly develop and grow.

Attack the problem, not the person

When challenging your colleagues pay close and careful attention to the language that you use.  Focus on the solution rather that focusing on the team member whose idea it was or who is advocating a particular course of action.  Try saying things like ‘My concerns with that course of action is….’ instead of saying ‘Your idea won’t work because…’

Focus on everybody needs, not just solutions

Encourage team members to share their personal concerns, needs and desires relating to a particular project or problem.  All too often team members share only their desired solution, which is based upon their own needs.  Solutions, by definition, are therefore just an individual’s way of meeting their interests or needs.

By sharing their personal needs or concerns, teams are able to develop solutions that take everybody’s interests into account and create an environment of healthy confrontation. 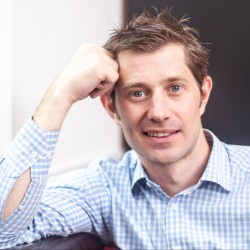 Team Development Consultant at Twenty One Leadership
Ben Morton is an international team development consultant and coach whose clients range from small and solo business owners to FTSE 100 companies and internationalbrands.

He is a Chartered Member of the CIPD (Chartered Institute of Personnel and Development) with approaching two decades of experience in leadership, learning and management.

His broad range of experience is gained from roles including Group Head of HR and Training for a global subsidiary of TUI Travel and more recently 2-years in the Global Leadership Training Academy at Tesco.

He began his career in the British Army and trained at the Royal Military Academy Sandhurst.Ben completed two operational tours of Iraq, initially as a Platoon Commander and again as an Operations Officer leading 180 soldiers before resigning his Commission as a Captain in 2006.

As a consultant at TwentyOne Leadership, Ben specialises in two key areas.Firstly, he works with clients to enable them to understand what is required to develop high performing, highly effective teams. Secondly, he helps individuals moving into their first leadership role or those whose careers have progressed rapidly, finding themselves leading large and often very experienced teams.